This book tells the story of Roy Hart’s ascension to international recognition as a pioneer and visionary in the field of the voice. It tells of the company he founded, Roy Hart Theatre, and how both he and the company used their astonishing skills to create and interpret new works that electrified both audiences of new music and experimental theatre. The book contains detailed reflection and analysis on Roy Hart’s ideas and philosophy as expressed through his writings and other sources within the company including his wife, Dorothy Hart. Four key productions are reviewed in the book and contextualized both within the evolving work of the company and in the cultural background of the period stretching from 1967-76. A final chapter is dedicated to a range of entry points and pathways proposed by contemporary practitioners from the Roy Hart tradition, to guide the reader through vocal exploration and its possible application to text and song. 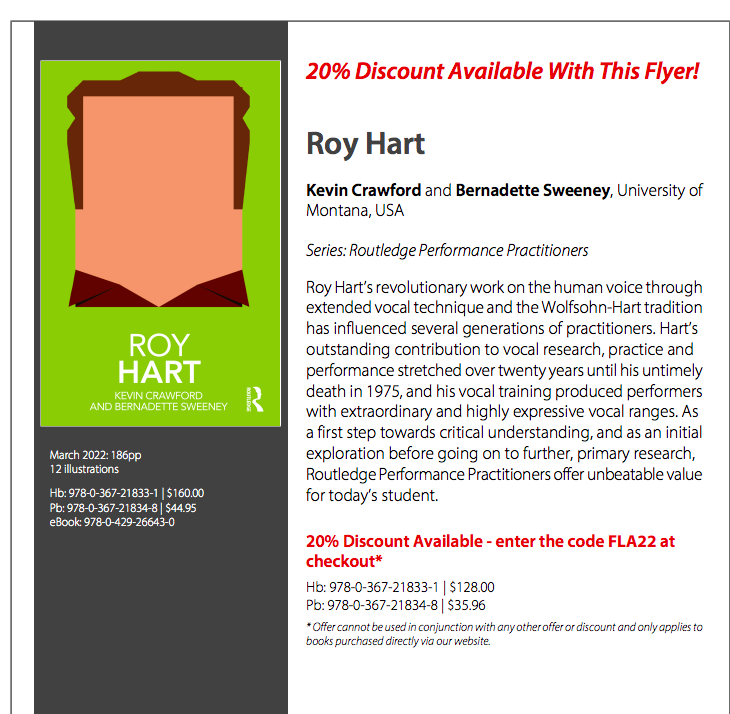