Voice and Soma – Voice in Performance – Voice for Life

Kevin is a versatiale artist and teacher, who opens up new trails between voice and the somatic self. He is a guide and tutor, enabling his students to enter into this dense and rich territory, by offering pathways, and points of entry, as they create their own vocal and somatic map. As an artist he seeks to embody his work in live performance, and tests its relevance in collaboration with theatre-makers. His writing helps him to reflect on his heritage as a founder member of Roy Hart Theatre. Poetry is a constant presence in both life and theatre, bridging personal experience and professional inspiration.

As a founding member of Roy Hart Theatre since 1967 Kevin performed in the inaugural ensemble creation at the World Student Theatre Festival in Nancy, and subsequently particpated in many of the company’s most notable pieces until 1990. He studied under Hart’s guidance for eight years before Hart’s untimely death in 1975. Within the company he studied intensively a range of dance techniques with Rossignol, Robert Harvey and Barrie Irwin as well as concentrated periods of movement study with Hebe Rosa( Montevideo), Shelley Lee ( London) , Delta Phi ( Dijon ) and in particular Domnique Dupuy who was a major influence on his work in the eighties. Many members of the company also have been Kevin’s tutors, Lisa Mayer, Dorothy Hart, Vivienne Young, Marita Gunther, Rossignol, Robert Harvey, Richard Armstrong amongst others. These artists have left a deep impression on him, in some cases the teaching relationship lasting over twenty years.

Roy Hart is renowned for his pioneering approach to the human voice and for his untiring committment to anchoring extended vocal work in a context of personal and societal development. His promotion of the eight-octave voice was both a stunning demonstration of the potential “unchaining” of the human voice, and a plea for revising the way we understand the symbiotic play of voice and psyche, sound and character. Hart referred to the voice as “The muscle of the soul” and this quotation has stuck as being emblematic of his approach. Hart was the pupil of Alfred Wolfsohn, a German jew, whose traumatic experiences in the first world war drove him to delve deep into the mysteries of the human voice in order to find resolution and meaning. His experiments in rehabilitating broken voices combined with a protean appetite for Jungian psychology, and a comprehensive musical and pittorial knowledge, formed the basis for ideating a fresh and original approach to the voice and intrinsically to the human spirit.

After Hart’s death the company opened itself to a series of collaborations both artistically and pedagogically with a wide range of artists and companies, both within France, where the company had established itself since 1974 at Malérargues in the Cévennes, and farther afield. Kevin has been exposed to various somatic approaches including the Alexander Technique of which his father, Davide Crawford, was a practitioner, Feldenkrais Technique, Eutony and the seminal writings of Thomas Hanna. In parallel he continued to complement his extended vocal research with classes in Bel Canto and workshops in traditonal and folk repertoire. In 1992 Kevin moved to Ireland where he entered a new phase of exchange and collaboration with a host of artists hailing from a variety of backgrounds, theatre, dance and music. Ireland in the nineties was a hothouse of inspiration and exploration, under the rising sun of the celtic economic boom. Here, for the first time, he found himself working in a Conservatory environment, teaching alongside established and highly respected practitioners within a prestigious university. The next seven years were crucial to Kevin in terms of adapting and moulding his experimental approach founded on the years of study and performance with Roy Hart Theatre with the needs and aspirations of a young and gifted generation of mainly Irish performers. Spurred on and stimulated by an unusually cohesive and engaged faculty these years proved very fruitful in terms of laying the basis for a comprehensive approach to the voice suited to the demands of the professional performer. Kevin returned to France in 2002 as a Guest Lecturer in the Theatre Department of the University of Arras before moving to Italy in 2004, where he worked for Accademia dell’Arte till 2018, directing at first undergraduate study abroad programs for American University students and subsequently directing the MFA in Physical Theatre in partnership with Mississippi University for Women. This relatively long engagement with programs in Physical Theatre has enabled Kevin to consolidate his previous experiences and extend his skills to include more in-depth work on classical and contemporary textual expression as well as investigating the voice within the framework of Physical Theatre. This has included applying the voicework to masked play and the integration of extended sounds in performance.

Kevin’s work today is clearly informed by his primal source, the work of Wolfsohn, Hart and Roy Hart Theatre. But he has built on this foundation to conceive of an approach to vocal work that taps into the anglo-american heritage of textwork, and the more recent strides in somatic awareness. Thus his classes trace a path where sound and movement are partnered, where meaning and intention find embodiment through both word and sound, gesture and form. His work is comprehensive in the sense that it wishes to include a spread of perspectives and aims. However, it remains resolutely oriented to the person or group with whom he is interacting. One word, above all, is a key to this approach: listening. A listening that endeavours as much as is possible to remain steadfastly rooted in the present moment, hovering between past experience and a future unknown. 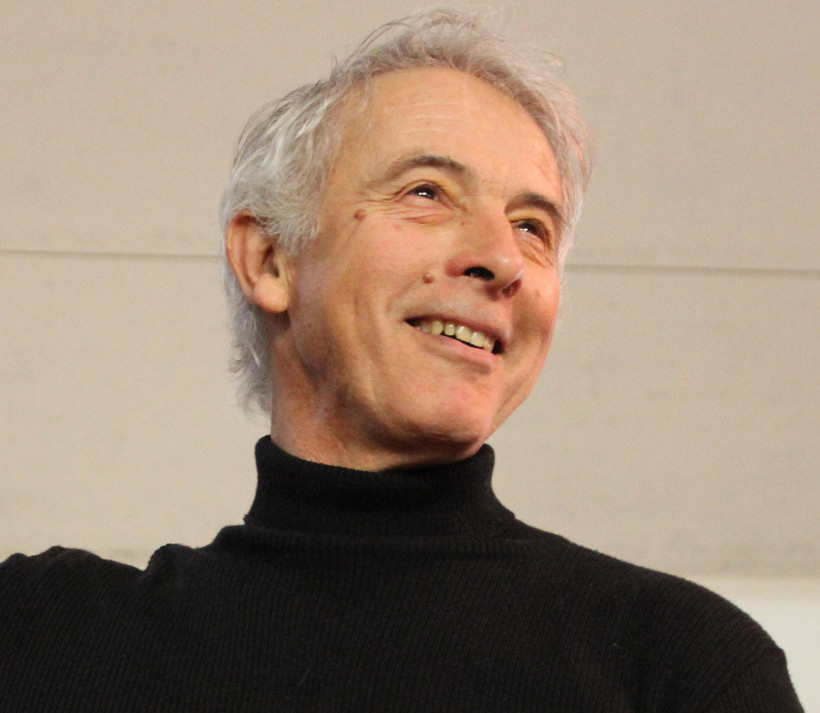